Last week, I had the honor and privilege of being admitted to practice before the Supreme Court of the United States. The trip is organized on an annual basis by the Lancaster Bar Association. Since we were allowed one guest, I invited my mom to attend with me.

The admission ceremony occurred prior to two oral arguments before Court. After going through security to enter the building and spending some time in a conference room waiting for the next step, we were ushered into the Courtroom. My first reaction was surprise at how small the Courtroom actually is. This was immediately followed by nervousness – I was sitting about 15 feet from the bench where the nine justices of the Supreme Court would soon be seated. 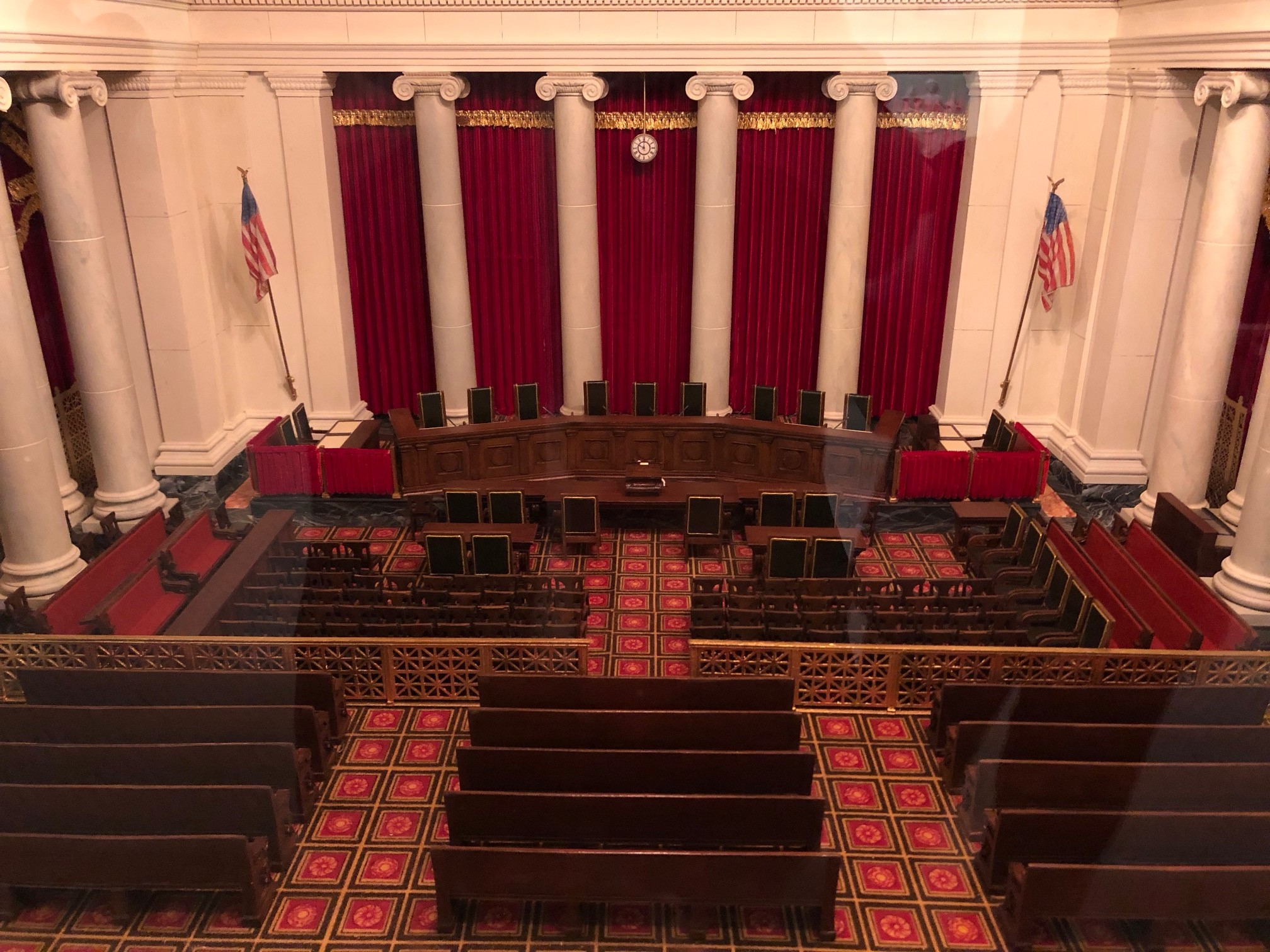 The Courtroom quickly filled up, and promptly at 10:00 am, the crowd was hushed and the justices entered the room. Seated on the left side of the Courtroom, I was directly in front of Justice Kagan, Justice Ginsburg (!), and Justice Kennedy. The first order of business was admissions, and there were two groups, including ours, as well as a few individual admittees. An existing member of the Bar of the Supreme Court must move for your admission; Stephen W. Grosh volunteered to move for our admission as a group.

The admission process was relatively quick – Mr. Grosh moved for our admission, reading our names, and Chief Justice Roberts welcomed us to the Bar. As a group, all of the admittees were administered an oath, and then we were asked to take our seats.

Shortly thereafter, oral argument began on the first case, which was a fascinating case about the double jeopardy clause of the Constitution, Currier v. Virginia. For more information on that case, check out SCOTUSblog’s coverage. It was an amazing experience watching the attorneys for both sides, as well as the Supreme Court justices in action. The argument was very lively, with participation from nearly all of the justices.

Oral argument on the first case lasted about an hour, and we took that opportunity to leave and explore the City during what turned out to be a beautiful day. If you’re planning a visit to Washington D.C., I would highly recommend stopping by the Supreme Court for a visit – the building is beautiful, and if you’re interested in attending oral argument, they are all open to the public. Just make sure to check the calendar in advance and be aware that Courtroom seating is very limited, so you may have to get there early.

Overall, it was an amazing experience and one that I have looked forward to since beginning to practice law. Thank you to my firm for their support, the Lancaster Bar Association for planning the trip, and to my mom for attending the ceremony.

Matt Landis is an attorney at Russell, Krafft & Gruber, LLP, in Lancaster, Pennsylvania. He received his law degree from Widener University Commonwealth School of Law and works regularly with business owners and entrepreneurs.